Sign In Help
Turn on suggestions
Auto-suggest helps you quickly narrow down your search results by suggesting possible matches as you type.
Showing results for
Search instead for
Did you mean: 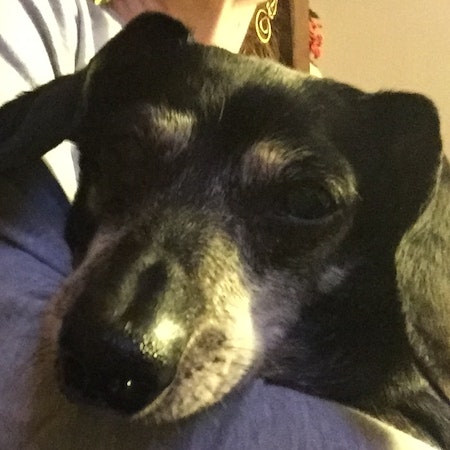 First, a bit of background on how these artists secure employment & maneuver through the world of professional theatre & performing.

Actors have to audition for roles. Audition preparation includes reading a play or script, memorizing and rehearsing monologues, learning and rehearsing songs, & possibly learning a dance combination from a choreographer and performing that at an audition. Actors also have callbacks which are essentially second (or third…) auditions for a role. Callbacks usually include “sides” which are excerpts from the production that the actor is being considered for to be performed with another actor who has been called back for a different role.

Once an actor is cast in a role, rehearsals start. Rehearsals are just what you may imagine. Meeting and working with the other actors, learning lines and actions, collaborating with a director, learning dance and music numbers (or stage combat), having costume fittings and basically, learning the show. Then, the show opens! A production may run a few weeks or a few years, it just depends. You can think of the show rehearsal process being 80-120 hours for a professional production.

A stage manager, SM, is the backbone of a production. There is only one SM, perhaps with an assistant stage manager (or 2). The SM creates the rehearsal schedule based on the directors needs. Runs meetings with the Production team (lighting, sound, costumes, music, etc.), keeps the rehearsals on schedule and “calls” the cues in the show. That means, say, when a scene changes on stage and lights shift, scenery moves or any number of things occur, the stage manager calls for that change to happen. The production crew backstage is waiting for the SM “call” so they know when to jump into action. The SM is responsible for the safety of the actors and crew--it’s a BIG job. An SM will also keep notes of each show, to detail issues, problems, things to work on or just to simply say “it was great!” Also, once a show opens, the SM is responsible for the integrity of the show--keeping it in the form the director intended.

Jonelle is an established, working actor in Seattle, WA, who also happens to enjoy a good dog walk. Nikki lives in Dallas, TX, where she works in advertising in addition to live theatre, commercials & pet sitting. And Rachel, a busy Stage Manager for the theatre and sought after house sitter, also in the greater Seattle area.

Jonelle (pronounced “Jon-elle”) has been with Rover for right over a year and has been acting since she was in the 6th grade and saw a production of Dracula. She has graced several Seattle stages including ACT, Seattle Shakespeare, Wooden O and others.

One of the challenges that arts professionals often face is what to pursue for income during periods when they aren’t under contract with a production.

For Jonelle, she was looking for a gig that brought joy into her days & offered some control over her schedule should an audition or casting opportunity come up.

For instance, she has rehearsals starting soon for Arms and the Man at Seattle Shakespeare. Although her schedule for pet sitting will shift, she said that having created great relationships and communication with her clients allows for these types of changes. “It’s fun to meet people, get to know them,” she said, “and discover what their dog needs. Do they need a walk? A snuggle? Just to play?” The type of open communication that she uses as a successful actor also gives her a great style with her clients, both dog and human, to gain trust and keep them coming back to her!

Fun fact: There have been times when due to a tight schedule to get to an audition, Jonelle has walked dogs in full make-up and heels!

Nikki, in Dallas, started acting in high school, and, as many folks do, drifted away from performing in college but returned when she was looking for a creative outlet. After some life changes and work in advertising, which she still pursues, Nikki started looking for a side gig that would be a natural fit, like acting was.

In 2015, Nikki signed up with Rover. Similarly, she found that the connections she creates with her clients is “just like connecting with a scene partner.” Nikki often asks herself, “What action can I take to make the client comfortable?” Building a relationship of trust is something actors not only need as a skill on stage, but it translates beautifully as a Dog Person skill as well!

Nikki is currently (at this very moment!) in “tech rehearsal” for The Octoroon at StageWest Theatre in Fort Worth, TX. (This means that Nikki has days that are “10 out of 12” hours. This is the time when all the production elements of a show come together on the stage--lights, sound, costumes, props, all the things!) Her Rover schedule and clients are supportive of her other “role” and this flexibility allows for satisfaction and pursuit of the arts and caring for the pups.

Rachel is a working, freelance Stage Manager in the Seattle area and a has created a following of dog clients as well. Currently, she is stage managing, A Small History of Amal, Age 7, with Forward Flux Productions. (It is a stunning piece of work about a boy in India- Rachel highly recommends seeing it!) Along with her SM duties, Rachel has been with Rover since Thanksgiving 2017, and has already built up a great repeat client base!

Rachel’s calm demeanor and careful choice of words makes her shine not only as a SM but with her Rover charges as well.

Rachel has been involved in the production side of theatre since high school and studied Stage Management in college. One of the greatest joys of her job is “watching the show go from words on a page to a fully realized story that touches the audience,” all under her charge.

Fun fact: Rachel recently worked with circus artists for the first time while stage managing for the Acrobatic Conundrum company!

All of these professional artists have had Rover clients attend and support their work in the theatre. The community and relationships they have built with their Rover clients, starting with caring for their pets, has extended into their lives in wonderfully positive ways.

How do they all recharge after a busy day or week of loving on dogs and creating their art? The physical demands of long, active days requires investment in their own health and stamina. Also, some of the topics that are addressed in live theatre can take a toll mentally. Diving into a character or production that is troubled or tragic requires some release!

Rachel goes for the sharp objects--she is a knitter. She says, “I have some complicated projects in the works (sweaters, bead work, broiche) that require undivided attention and that focus helps remind me of being within the moment without letting it (her SM schedule) impact my mental and emotional health.”

Jonelle quips that she “relies on a good ol' fashioned face mask and wine time to decompress,” but makes sleep, yoga and clean eating a priority. As an actor, you have your own body as your work tool and you must take care of it!

Nikki savors and favors her “favorite reflexology massage place and get an hour long table massage.” She has also seen all 435 episodes of Law and Order: SVU.

For professional theatre people, there are challenges and joys as well. Job interviews are often 90 seconds. There can be 2nd, 3rd or even 4th interviews. Resumes include your photograph & dress size--always. Work days can span 12 hours or more. There is singing and dancing sometimes. Your day off is Monday only.

Thank you Jonelle, Nikki & Rachel for taking the time and energy out of your busy schedules to chat with me about your experiences!

If you’d like to learn more about them, you can find their Rover profile links here:

If you’d like to learn more about the productions they are working on, you can check those out here: